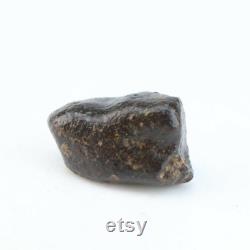 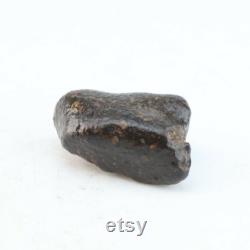 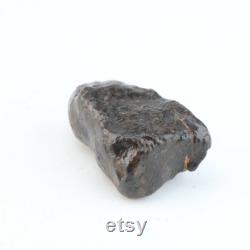 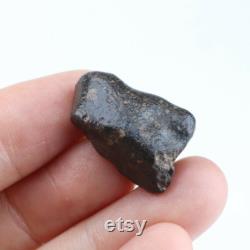 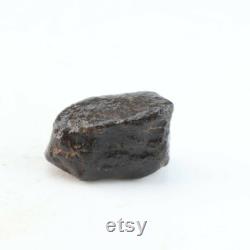 480 6.6 grams nwa 869 brecciated chondrite meteorite north west africa has some fine example of fusion crust and melting on surface. A stony meteorite consisting of broken fragments of rock cemented together with a fine-grained matrix. Brecciated chondrite meteorites are stony or stony iron meteorites, which are composed of small particles of matter and cemented together by heat and pressure as they travel through the atmosphere before impact with the earth. There are examples of brecciation within comets and meteoroids that have not impacted with earth like objects.

These objects are thought to have been formed in the asteroid belt. About 86% of the meteorites are chondrites, which are named for the small, round particles they contain. These particles, or chondrules, are composed mostly of silicate minerals that appear to have been melted while they were free-floating objects in space. Certain types of chondrites also contain small amounts of organic matter, including amino acids, and presolar grains. Chondrites are typically about 4.55 billion years old and are thought to represent material from the asteroid belt that never coalesced into large bodies.

They can help one attune to the energies of the planets and therefore enhance one's inner wisdom. Chondrites also have a stabilizing effect on the emotional body. This item is made of different chondrite made of small pieces and mix of stones and iron and cemented together, heat pressure or time melted them together.