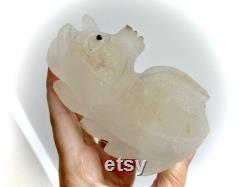 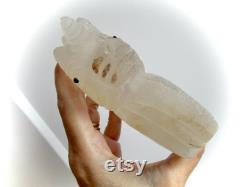 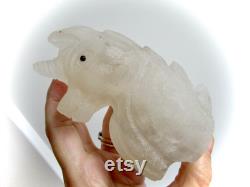 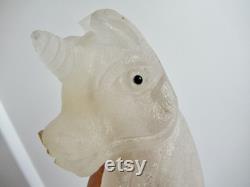 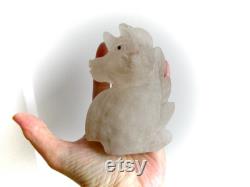 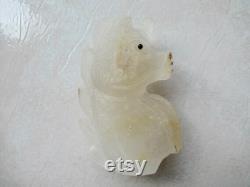 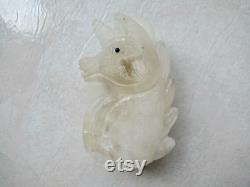 This is a large frosted clear quartz unicorn carving. The quartz is clear with a layer near the bottom.

There are some oxide inclusions as well giving that beige/brown colour, here and there. The horn tip, and the cheeks (especially the right cheek) have been left unfrosted for an interesting effect. This unicorn measures 4.5" tall, 3" long and 1.55 wide. More traditionally speaking, clear quartz is known as the "master healer" and will amplify energy and thought, as well as the effect of other crystals. It absorbs, stores, releases and regulates energy.

Clear quartz draws off negative energy of all kinds. It balances and revitalises the physical, mental, emotional and spiritual planes. It cleanses and enhances the subtle bodies and acts as a deep soul cleanser, connecting the physical dimension with the mind. Clear quartz enhances psychic abilities. It aids concentration and unlocks memory. It harmonises all the chakras and aligns the subtle bodies.