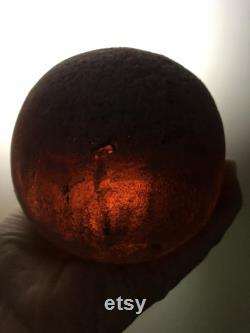 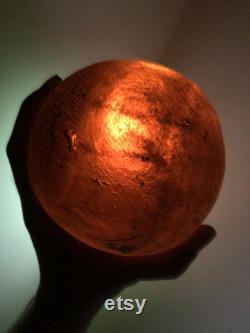 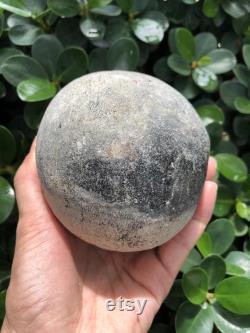 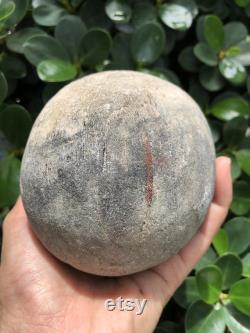 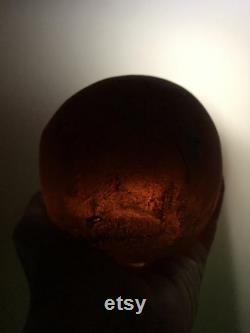 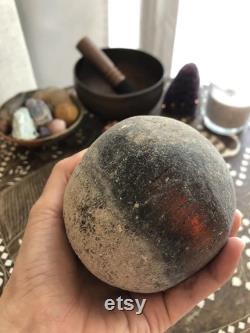 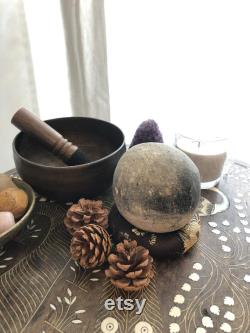 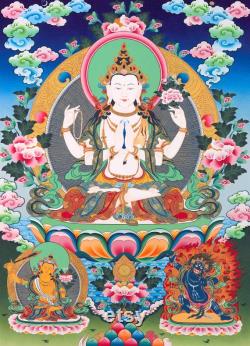 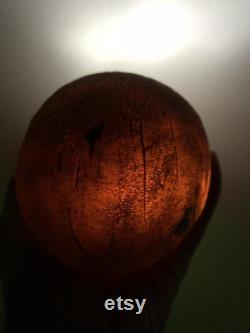 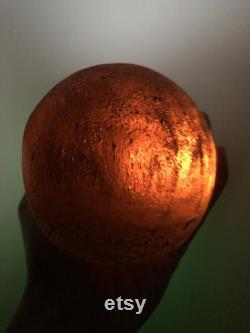 Large size - cintamani stone from thailand (amber). Undoubtedly, the cintamani stone has a deep far east asian connection with ancient tradition. It has thousands of years of history in tibetan buddhism texts and shambala. Often the tibetian bodhisattva of compassion - "chenrezig" is depicted to hold a single cintamani stone and would be surrounded by cintamanis and also be offered to him/her. (please see photo of tibetan thangka of chenrezig).

Throughout buddhist legend, the cintamani, which roughly translates to thought-jem or wishing-stone, is often used as a metaphor for the teachings of buddha, especially in terms of humility. The cintamani stone is an ancient artifact that is fixed in the collective mind of all treasure hunters as much as the philosopher's stone or the holy grail.

Throughout history, as the story goes, the cintamani has been a vehicle of human progress, an instrument of the divine intended to guide humanity in the right direction, gifted to only those who are worthy of it's power. Such famous figures that are said to have possessed the cintamani are king solomon, genghis khan, and akbar the great. In the most recent and best documented case in modern times, the cintamani stone was rumored to have been in the possession of famed russian explorer and artist, nicholas roerich, in the late 1910's after he made a expedition to the far eastern tibet in search for shambala.

Once in the possession of the cintamani, which he described its power to be of extra terrestrial origin similar to that of moldavite, roerich also discovered sanskrit lettering inscribed upon it, which he translated to read through the stars i come. I bring the chalice covered with the shield.

Within it, i bring a treasure. As the history goes, roerich then took the cintamani back to europe, supposedly to help form the league of nations. However, after the collapse of the league, roerich took the stone back to trasilumpo lamasery in tibet where it is believed to still be to this very day.

In recent times, the word "chintamani" has surfaced in the west, which is a wonderful sign that the light of compassion and humility is spreading around the world in dire times like this. Saffordite and moldavite are not the cintamani stone, please do not confuse. The cintamani in ancient legends are wish-fulfilling gems that represents the enlightened mind in which all dreams are accomplished. In mahayana buddhism lore, the cintamani is held by those who are on the path towards buddhahood and buddhist monks.

In tibetan buddhist tradition, the cintamani is sometimes depicted as a luminous pearl in the possession of the buddha. These jewels have the ability to eliminate poverty and suffering. It also appears in stories as a water-purifying crystal which could be placed in murky water by traveling monks. This metaphor encouraged faith when overcome by doubts. Meaning and healing properties of different cintamani colors.

There are five main colors that are known as pancha-varna in sanskrit, which means the five pure lights, according to religion facts. Each color represents a state of mind, a celestial buddha, a body part, a part of the mantra word hum or a natural element. White is the color of learning and knowledge. The eyes are associated with white.

White is in the elemental group water. If meditated upon, white can cut the delusion of ignorance and turn it into the wisdom of reality.

Green is the color of balance and harmony. The head is the body part that is associated with this color. Meditate on this color to transform jealousy into the wisdom of accomplishment. Yellow symbolizes rootedness and renunciation. The nose is represented by this color.

Earth is the element that accompanies the color yellow. Yellow transforms pride into wisdom of sameness when visualized in meditation.

Blue is associated with purity and healing. Ears are the body part that is represented by the color blue. Air is the element that accompanies this color.

It is believed, when meditating on this color, anger can be transformed into wisdom. Red is related to life force and preservation. The part of the body associated with this color is the tongue.

Fire is the natural element complementary to the color red. In buddhism, meditating on the color red transforms the delusion of attachment into the wisdom of discernment. These five pure lights are often seen in mandala and tibetan prayer flags and mani stones at mountaintop which you can see everywhere as you enjoy your tibet tour.

The colors of every cintamani varies to a certain degree and are almost never the same. We find some "in between" colors like teal, orange or purple having the transcendental properties of both, and some times even of 3 colors. For example: orange holds both properties of yellow and red, and teal holds mostly green with light blue properties within.

Other good resources to read about the cintamani stone. For interested customers of our cintamani stones, we will reveal to you the secrets of the true tibetan cintamani meditation technique and verse. Please note that the photos taken in our listings are with a variety of natural and artificial light and also by shining a bright white torch light behind the cintamanis.

For lighter pieces with higher transparency, to let their beauty truly show, you can also look at it against the sun to see its beautiful colors.