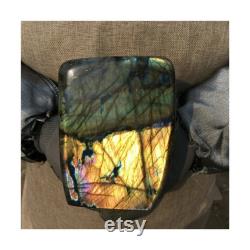 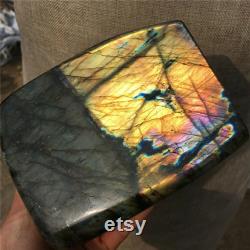 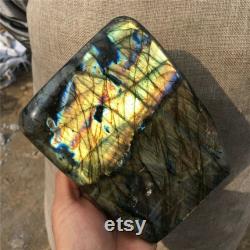 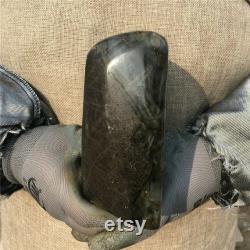 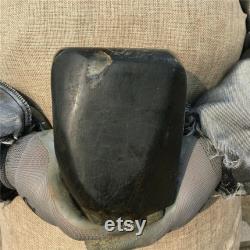 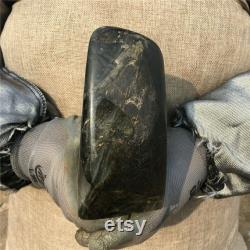 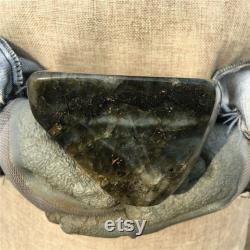 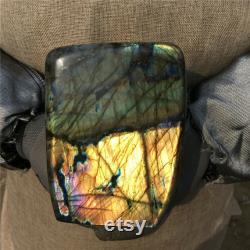 Labradorite crystal, self standing labradorite stone, flashy labradorite. All of my labradorite is sourced from madagascar, this material is usually dark blue and very flashy, occasionally it flashes yellow or lighter blue, or even purple, which are all significantly more rare than the''normal'' dark blue. A fun fact about labradorite: in the myths of some of the eskimo tribes, labradorite is believed to have fallen from the aurora borealis (the northern lights). The northern lights were once trapped in rocks along the coast of labrador. One day, one of the ancestors struck a rock with his spear. The rock broke and many off the lights were set free, flying out into the sky- but some of the lights remained trapped in the stone. These stones were connected to ancient magical practices by many from that region. All my crystals are 100% natural unless claimed otherwise. I have a nice little warehouse or rather a large crystal collection that has gotten out of hand as well as a whole network with miners and wholesalers all over the world. This means i have lots of celestites, citrines, (especially citrines from congo), amethyst geodes, amethyst clusters, rose quartz, smoky quartzes, you name it if you can not find what you are looking for in my etsy shop its worth a shot to message me as a lot of my beautiful amazing crystals are not listed on here i get a lot of questions if my crystals are suitable for meditation and yoga, yes they are, they are ethically sourced and mined, and i know all my suppliers and their sources personally.