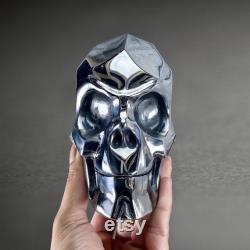 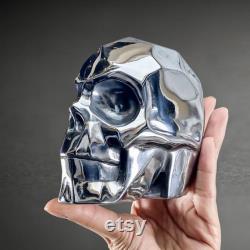 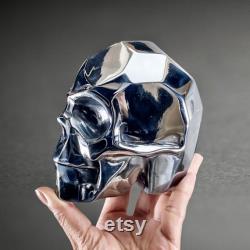 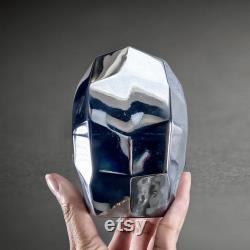 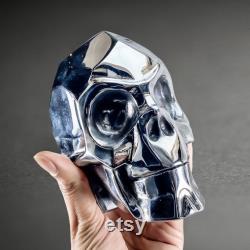 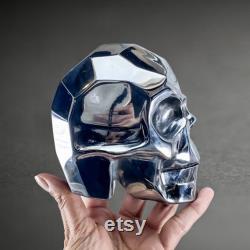 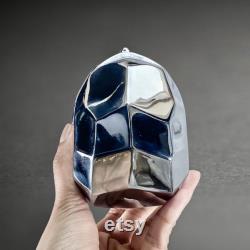 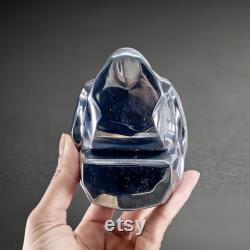 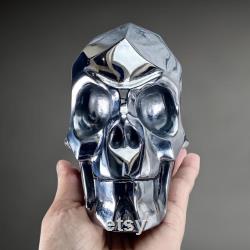 You will receive the exact skull as photographed. Terahertz (thz) is a health power stone expected to maintain health and has gained increasing attention in recent years. Terahertz -the energy of the universe, was discovered during nasa's research in 1950; they have continued to study this energy and announced that the frequency emitted by terahertz is very important for human life. Thz frequencies are abundant in the universe (at least 98 percent of the detectable radiant energy in the universe falls within the thz) and correspond to frequencies found in our bodies, often referred to as the radiation of life.

For this reason, terahertz has come to be called "the ray of life" as an integral part of life's metabolism, growth and development. The "terahertz gemstone" is an artificial mineral made of silicon, invented originally by japanese scientists a decade ago to protect the body from harmful radiation and electromagnetic smog. The stone emits terahertz waves -about 1 trillion hertz of oscillation per second. This vibration is called a "terahertz wave" and has a frequency similar to far-infrared radiation.

The frequency oscillates between 1 trillion hz and 100 trillion hz, and its wavelength is said to pass through various substances. It has intermediate characteristics with light, having both radio wave transparency and light straightness. This effect is currently drawing significant attention in the medical field, and research is now underway worldwide.

The power of this stone seems to reach every corner of the human cell, bringing about "activation" to the human body. The frequency is very effective for working on weak human cells, enzymes and dna, restoring the body to its normal state. Thz emits far-infrared and negative ion energy, improving your inner body energy flow, this makes an excellent tool for meditation and breathing practice. It can activate your higher eight and ninth spiritual chakras connected between your personality and your higher self. These chakras allow you to access an expanded universe, increase your spiritual awareness and compassion, and free yourself from the weight of karmic residue. To experience the greatest effect of terahertz, gently hold the stone in your hand or above your head the eighth chakra, located approx. 2 feet above your head when lying down, carry out a meditation for at least 30 minutes. Strengthens your immunity and natural healing power. Promotes the activation of mind and body. Improves the flow of "qi" of the owner. Improves blood flow and blood retention. Relieves inflammation and drains unwanted waste/excess water. Helps to eliminate pain (muscle pain, shoulder stiffness and swelling). Promotes beauty heath (enhances skin circulation -moisture and gloss to skin/hair, eliminates swelling).

Improves hypothermia that causes cold feet and hands. This item is made of hand carved faceted terahertz stone skull.