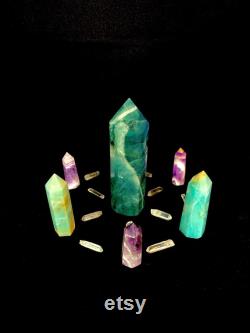 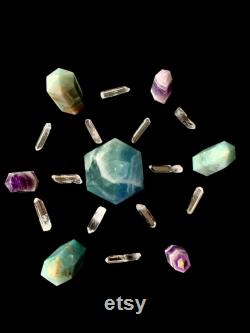 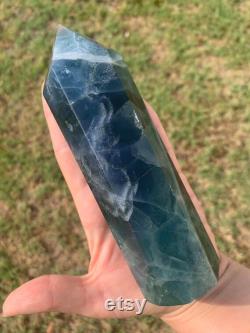 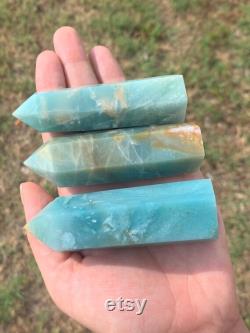 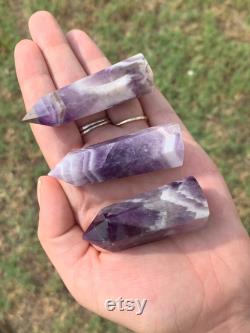 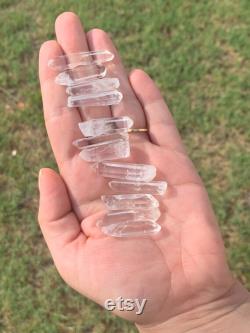 Beautiful green fluorite tower 5.75 in. , surrounded by amazonite points (3.5 in) and chevron amethyst points (2.5 in). Includes 12 clear quartz points to connect the grid. This combination just resonates clarity and mental focus, although it can be programmed to any purpose.

Derived from the latin word fluere, meaning flow, fluorite is known to increase focus, inspiration, and promote clear thinking. Known by medieval alchemists as the genius stone, it aids concentration, decision making, and grounds spiritual energy into the physical. It's a useful crystal for breaking addictions and patterns of repetition.

It aligns with the crown and heart chakras, and helps heal heartache from past trauma. A cooling crystal, fluorite soothes inflammation aids the body with healing and regeneration. It's clarifying energy works as an overall auric cleanser. Used extensively by the egyptians, amazonite was found among the treasures of tutankhamen. Its been prized since antiquity for its beauty and metaphysical properties. It is known as a stone for luck, and was worn by gamblers. As a hope stone, amazonite disperses negative energy, and soothes anxiety and self-destructive thoughts. Aligning with the throat chakra, it assists its owner in clear communication and speaking their truth, while encouraging kindness and self-respect. Amazonite relaxes the nervous system, and is good for treating fatigue and emotional trauma. Amethysts have been highly valued since ancient times, and were traditionally used in a variety of ways, including wound healing and sobriety. The word amethyst is rooted from the greek amethystos, meaning not drunk, and the stones were commonly placed in wine glasses to prevent inebriation.

They were carved into protective amulets by ancient egyptians and held in high regard by early christians as a symbol for purity of spirit and the sacrifice of christ. Amethyst is aligned with the crown chakra and assists in the raising of vibrations and spiritual development.

It can help one connect with their spirit guides and aids in decision making. Its energy can help to boost the immune system and assist with the production of hormones. This item is made of amazonite and amethyst, fluorite, chevron amethyst, green fluorite.