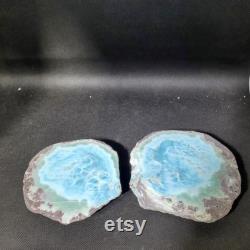 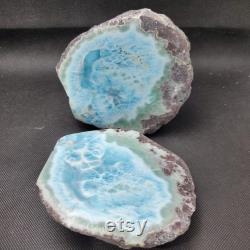 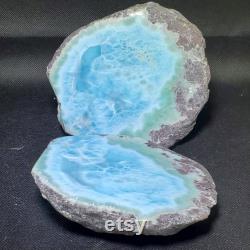 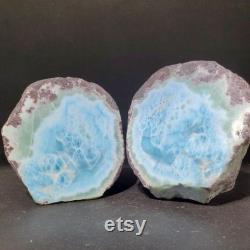 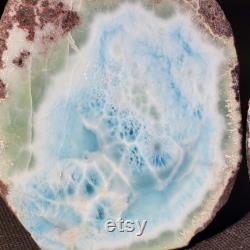 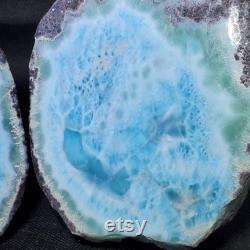 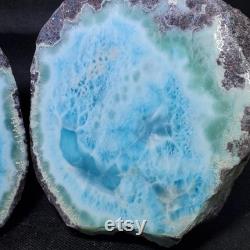 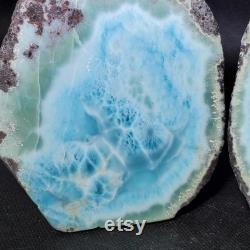 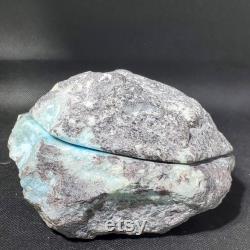 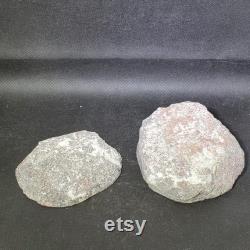 Larimar nodule/heart also known as "corazon de larimar" in the dominican republic. This is larimar's rarest form. These neat nodules are found while miners are following the vein of larimar under the earth.

Larimar was formed countless years ago when a volcano erupted and lava ran across the earth's crust. Larimar is that same lava which is why it runs along long veins inside the earth. These nodules of larimar are not always found within these veins. However, once a grouping is found, miners know that they will find more and more of them as they continue along the vein.

These balls with larimar are usually found in groupings of 6-12, and generally spread 5 to 10 meters apart. A friend of mine at the mine has an interesting theory as to what these could be or why they form in this way, though it is just a theory.

Because they are found in groupings and spread apart, he wonders if they might not be nests of some prehistoric animal which were swallowed up by the flowing lava when the volcano erupted, preserving these balls of larimar inside the eggshells. A interesting idea, but not proven whatsoever. Just another legend to add to this mystic stone. Approximate measurements: 12.5cm x 11cm x 8cm.