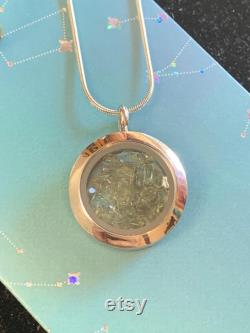 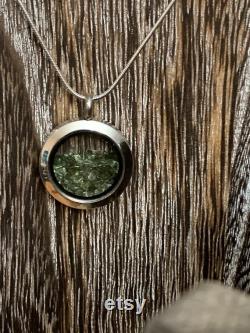 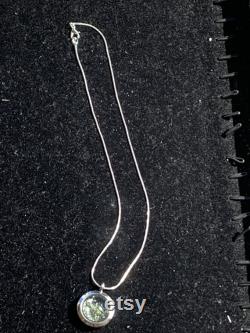 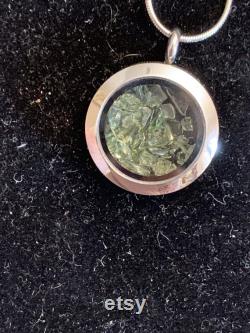 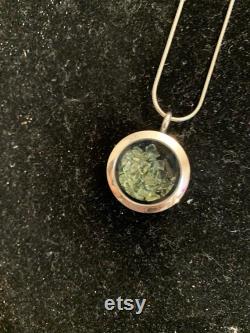 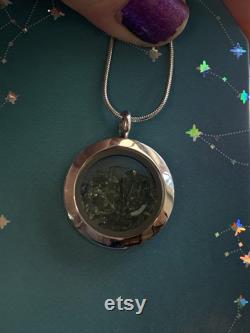 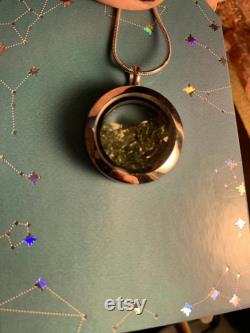 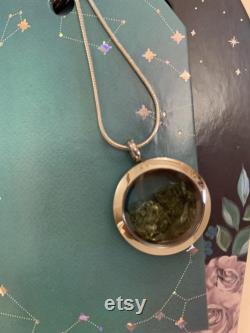 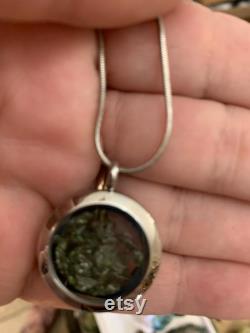 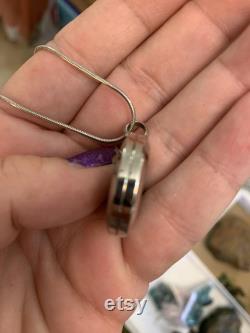 Moldavite pendant stainless on 18 silver plated. Feel the energy that is out of this world. Moldavite is quite a rare stone that can only be found in the czech republic. It's a tektite stone that is known for its high vibrations and intense frequencies.

It is named after the river where it was first found, the moldau river. Although scientists have very different theories about how it was formed, they all agree that its formation greatly coincides with the crashing of a large meteorite in the bohemian plateau approximately 15 million years ago. The rocks in the crash site metamorphosed and formed a field of moldavite that covered the areas of moravia and bohemia. It often comes in different shades of green, such as deep forest green color, pale green, olive green, and even greenish brown. But perhaps its most striking feature are the patterns that you can see on the raw and unpolished rocks. They are usually exquisitely etched, sculpted, carved, and wrinkled.

There's really no better way to put it. Moldavite is truly a stone of greatness. It's known as the holy grail stone because of its amazing ability to create that much-needed change in your life.

It's a stone that can help you with your spiritual transformation and universal connection. Change will not happen overnight, but this stone will get you there slowly but surely. It is also known for its psychic protection. Its vibrational energies will shield you or ward off negativities every time you wear it, especially if you pair it with pectolite. It will facilitate a powerful connection between your consciousness and the higher realm.

It will also be a powerful tool for meditation and a wonderful aid for dream work. Moldavite and andradite can increase your sensitivity to the higher realm and enhance your intuition, telepathy, and guidance. It will also direct your sight and your awareness of life and the world. This item is made of crystals and beautiful, meditation, gemstone necklace, metaphysical, special gift, necklace, healing, reiki, jewelry, rare gemstone, moldavite jewelry, gemstone pendants.