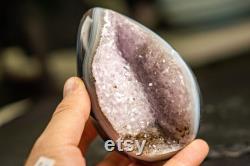 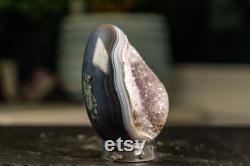 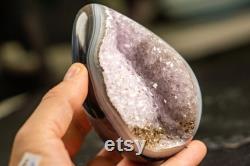 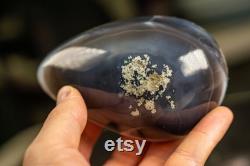 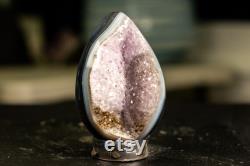 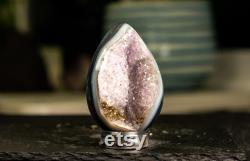 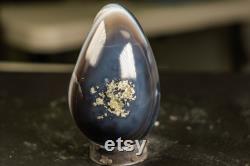 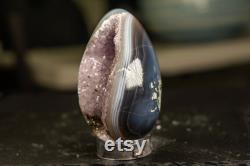 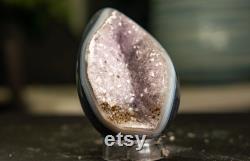 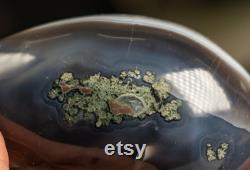 The front face brings the druzy and the laced agate, meanwhile the back of it brings the natural and rustic form of the chalcedony, looking like the world seen by a satellite with islands, clouds, mountains. A truly beautiful banded agate specimen.

As a high quality agate specimen it brings many intrinsic details, please check the pictures to see more of it and feel free to message us in case you have any questions or particular request. Aa quality banded agate druzy egg (natural, polished). Color: double-colored druzy with blue with grayish tones and multi-colored back. Quantity: 1 - the item you see is the item you get.

It's been a long journey to bring you the best quality minerals and crystals from brazil while making sure that every item we sell was ethically sourced. Please note: we have tried our best to take pictures with the utmost care, slight differences from the original articles are possible due to color settings of monitor screens.

This item is made of agate and blue lace, druzy, chalcedony, egg, crystal egg.