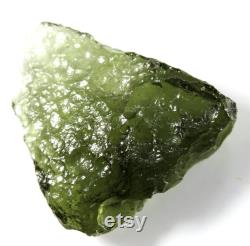 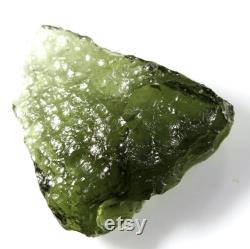 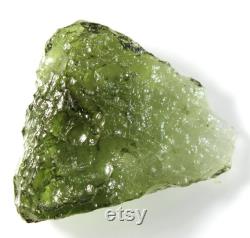 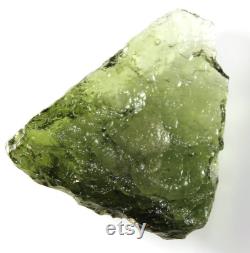 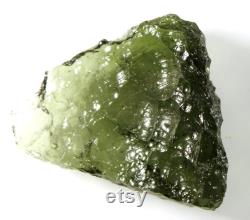 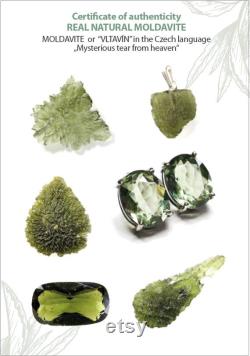 100% real natural moldavite from the czech republic. The moldavites i sell are directly from the miners. Moldavites with an older date of the find come from the lifelong collection of one esteemed collector. They are popular among collectors - the older, the better. Vltavn or moldavite is a name for tektite, which was discovered in south bohemia in the areas around the vltava river. In 1787, professor of charles university, dr. Josef mayer, presented a report on an interesting discovery near tn nad vltavou. Several natural glasses came from this estate, but the professor thought it was probably chrysolites of volcanic origin. However, it soon became known that it was another special material and according to the german name tn nad vltavou "moldauthein" (derived from the german name "vltava - moldau") the custodian of the national museum in prague franz xaver maxmilian zippe since 1836 called "moldavity".

The czech equivalent of "moldavite" appeared more than 50 years later, at the time of the jubilee regional exhibition in 1891. In the 20th century, they were included in the group of tectites, and only in the second half of the 20th century.

The way of their origin was definitely proved. The main area of the moldavite deposits is the upper basin of the vltava, especially the strip of localities between prachatice and trhové sviny. Moldavites found in moravia (mostly in the central part of the jihlava river) are sometimes called moravites this is an unused, possibly local name. Specialized publications do not know it, foreign languages work with the name moldavite. In moravia, researchers frantiek dvorsk and rudolf dvok described localities with moldavites.

Other less important sites were discovered in the cheb basin, in the vicinity of dresden and in neighboring austria, in southwestern poland, and isolated finds in the extinct 2 sandpit sandpits in prague kobylisy and in mlnk, which are in the collection of the national museum in prague. Approximately 100 years after the description of czech moldavites, moldavite finds in moravia were described. Similar natural glasses (tektites) are still found in three places in the world, but only moldavites from this group are transparent and bright green and thus usable as jewel stones - "gems". Moldavites not only are the most beautiful and valuable tektites in the world, but also an excellent investment.

It is estimated that in 10 years there will not be much to find. Some deposits of moldavites are already abandoned, because there is nothing left to find. This item is made of moldavite.