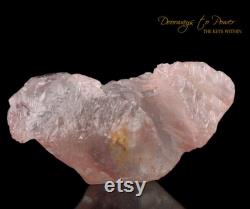 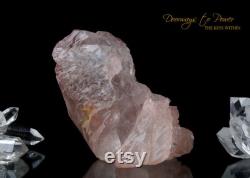 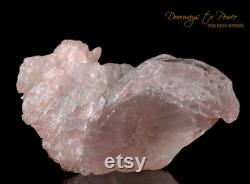 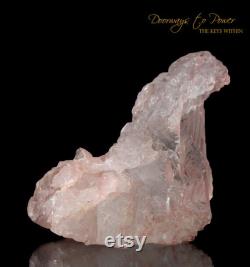 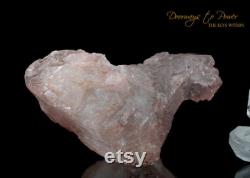 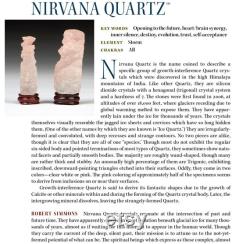 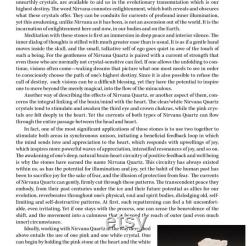 Keys: opening to the future, heart/brain synergy, inner silence, destiny, evolution, trust, self-acceptance. The raised record keeper crystal is by far the most common form found today. It is recognized by raised triangles that appear on the main facets of the stone's termination, pointing'upward' toward the apex of the termination.

While these triangles may appear or'pop' suddenly they are just as likely to be already visible when one first receives the stone. Raised record keepers activate cellular memory and assist in retrieving information from one's lineage or past lives. These stones tend not to be preprogrammed with information; rather they work as a key to unlock what is recorded within one's own cellular structure. Each triangle appears as a trigger to activate a specific chain link on the dna. When working with these stones, it is not unusual for triangles to rise and disappear as aspects of one's cellular memory are cleared and integrated and new aspects are activated.

While the the raised record keeper crystal activates cellular memory so information can be retrieved from one's own internal data banks, the sunken record keepers contains a data bank of information in the stone itself. Usually, this information was recorded during the lifetimes of ancient civilizations and the star seed nations has also been recovered. Generally, only the soul who originally programmed the crystal will be able to fully access its information, though the triangle may be visible and the crystal usable by others. Azozeo is the name of a new type of super activated crystals and a word used to awaken them. It is a way of calling to the azez, angelic stewards of the nameless light.

Azozeo super activated crystals carry much higher frequencies than the non-activated versions of the same stones. They emanate powerful currents of subtle matter/energy, or celestial fire.

They provide a more powerful, clearer and more elevated version of the characteristic of each crystals vibrations. They expand awareness to higher realms, actualize spiritual capacities and open one to enlightenment.

Azozeo is an ancient word, discovered in the 2000-year-old book of ieou. It was used to call upon powerful angelic beings (believed to be the same angels, the azez, who awakened the energies of azeztulite) for the purpose of spiritual ascension. This word was used (in combination with an azeztulite labyrinth and pyramid, plus two large powerful phenacite crystals), to stimulate certain crystals to a higher level of energy and power. This is why we named the newly activated stones azozeo crystals.

Only stones exposed to this powerful energy field can be designated by the name azozeo crystals. Robert simmons writes: azozeo super activated crystals act as powerful conduits to bring through the flood of celestial fire-the nameless light of the great central sun which has now begun to bathe the earth. Like a tide coming in, this energy is destined to uplift all of humanity and earth to a new level of being. As we stand here at the beginning of this new era, the azozeo crystals function as'grounding wires' through which the initial surges of divine currents can pass. We are urged to work with these stones and allow ourselves to be pillars of light, acting to conduct celestial fire into the world through our own being.

We can do this through meditation with these stones, through utilizing them in energy grids and healing layouts, through wearing them or through planting them ritually in the earth. When one spends time attuning to azozeo crystals, the currents one feel's entering the body are not mere ephemeral energy-they are streams of subtle matter which bond to the gross matter in every cell and molecule of the body in a way that spiritualizes them, aligns them,'teaches' them to open themselves to the light. This can increase the development of the mind of the body. This is an intelligence which resides in the entire liquid crystal body matrix, and which is an aspect of enlightenment. The ultimate power of azozeo crystals is to trigger the rapid, full and mutual enlightenment of humanity and the earth. This item is made of himalayan quartz and pink nirvana quartz, azozeo super activated.