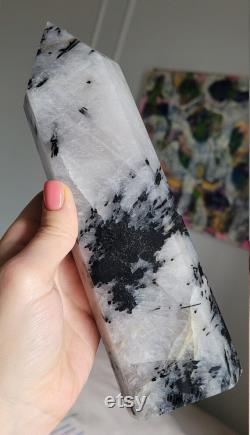 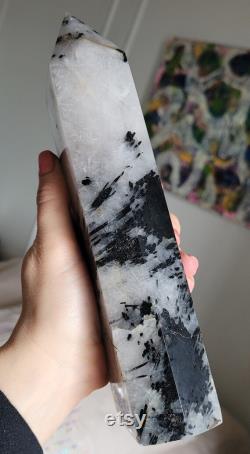 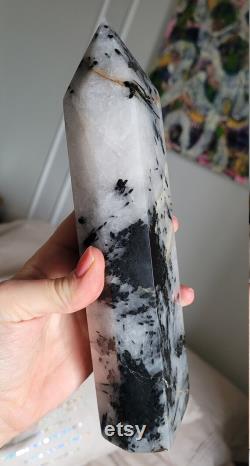 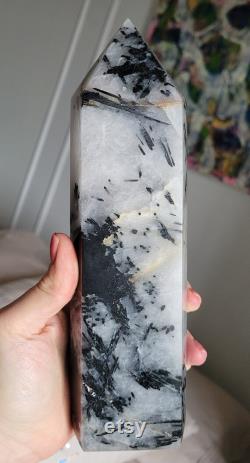 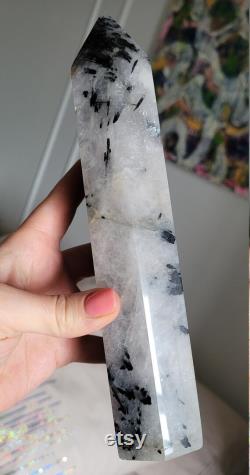 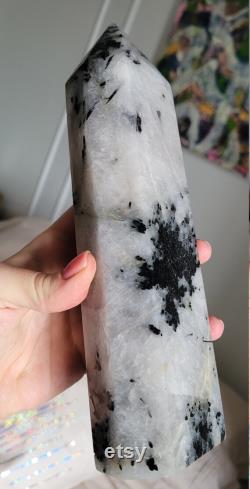 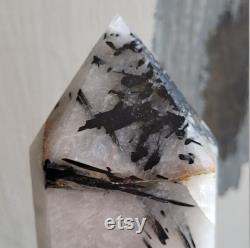 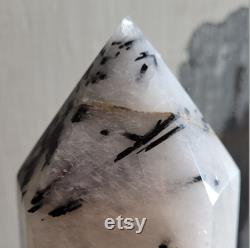 It's commonly used in rituals, grids, meditations, shrines, and a variety of applications across continents, cultures, and practices. Its ability to soak up, repel and banish negative energy is second to none in the healing crystal space. The quartz surrounding the tourmaline will serve as a light-bringer and amplifier of the tourmaline's qualities. There are several natural surface crack lines on this gorgeous tower.

Not broken, just natural surface occurrences. Every crystal is cleansed through sound in a singing bowl before being sent to you. This item is made of crystal and quartz, milk quartz, toumaline.